Rachel Horne in the train on her way from London to Doncaster.
Rachel was born in 1984 during the UK Miners' Strike. The UK Miners' Strike was a major industrial action affecting the British coal industry. It was a defining moment in British industrial relations, and its defeat significantly weakened the British trades union movement. It was also seen as a major political and ideological victory for Margaret Thatcher and the Conservative Party.
Today Rachel is an artist whose work focuses on the 1984 strike and the effect it still has on the local communities. 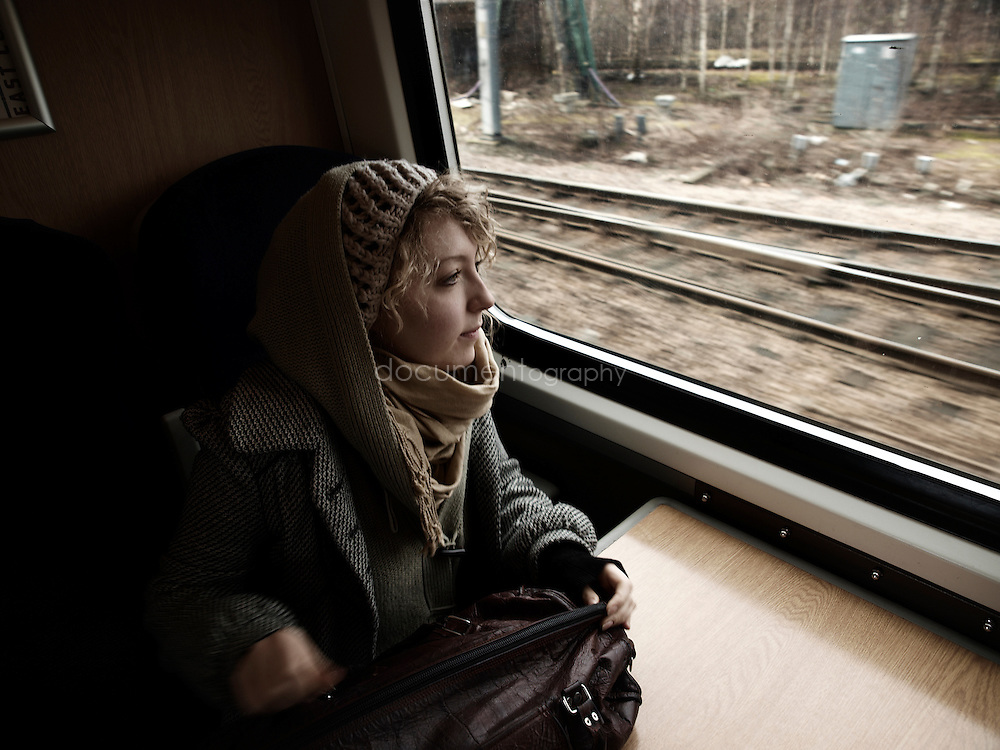